First up this week, a huge release from some of the finest purveyors of American wild ale, Jester King.

Jester King – 10th Anniversary Dry-Hopped Farmhouse Ale
Farmhouse Ale / 5.8%ABV
Jester King has been trendsetting for 10 years now and this anniversary beer perfectly showcases all of the lessons they’ve learned along the way. The signature Jester King funk, just enough tartness to be refreshing, hints of tangerines & lemons, and aromas of herbs & honeysuckle. Wild ale the way that it’s meant to be.

And that’s just the beginning. Check out the full list in our pricelist for more and don’t be shy–all of these beers age beautifully, making the perfect addition to any cellar.

The day we’ve been eagerly awaiting is here– Fuerst Wiacek’s brand new brewery in Berlin is open! Get their brewery’s “fuerst” brew on your taps, available in 30L Keykegs.

We have some exciting releases for you this week. First up is Mortalis, (NY, USA) who are masters of the art of uber-fruited sour ales.

Mortalis / Deciduous – Hydra | Lollipop Forest
Fruited Sour / 7% ABV
This Fruited Sour was brewed in collaboration with Deciduous Brewing. It blends strawberry, lemon, toasted coconut, and pound cake together to form just one of this monster’s many heads. Keep your eyes peeled for even more flavor combinations.

Check out this and much more from Mortalis in our pricelist.

We’ve got some super fresh IPAs and thirst-quenching yet highly-fruited sours from Arpus (LV), which are tried-and-true crowd pleasers.
Arpus – DDH Nelson x Vic Secret
IPA  / 6.5%ABV
This IPA is turning heads, and for good reason. Juicy, notes of stone-fruit, and a strong hop punch.
Check out the pricelist for more fresh Arpus–including a limited quantity of kegs!

Topping off this week is a special, limited release from Old Nation (NY, USA). They are renowned for their NE-Style IPA, M-43, but have you tried their newest twist on it?
M-43 Tart Strawberry
NE-Style IPA  / 6.8%ABV
This fruit-enhanced version of the brewery’s iconic M-43 IPA adds a high-quality strawberry extract and a slight PH adjustment to achieve the perfect tartness.

And everybody loves a refreshing wit in the sun, check out Prett Wit, along with more fresh IPAs, in our pricelist. 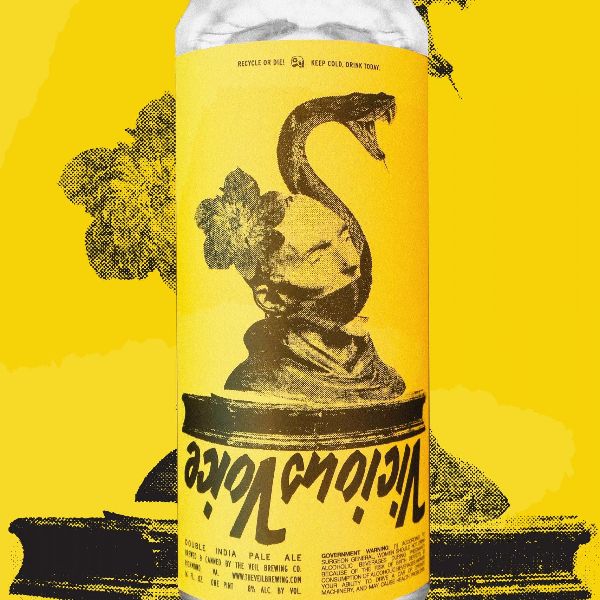 American IPAs continue to dominate this week, thanks to our newest air shipment from The Veil!

You’ve heard of DDH and TDH, but how about QDH? (I.e,. Quintuple dry-hopped!) The Veil ventures into a new frontier for their 4th birthday celebration beer, Sector 5, a quadruple IPA. We also have IPAs, DIPAs and TIPAs from these masters of hops.

Feeling like something fruity and entrancingly beautiful? The Veil takes on seltzers in a big way with their friends at Omnipollo. Vanilla Blueberry Dragonfruit Passionfruit Shu is an imperial smoothie gose hard seltzer with vanilla, blueberries, dragon fruit, passion fruit, raspberries, and vanilla salt.

Check out this and much more from The Veil in our pricelist.

They’re offering up a tantalizing combination of IPAs, fruited/sour IPAs, and goses, like:

The Treachery of Fruit: Mango & Apricot is another banger in our fruited gose stlye series. We acidify and ferment a traditional gose style ale; tart, light, with a touch of salinity. After fermentation, we added copious amounts of the finest mango & apricot purees to replace some sweetness, which also provides its unique color and texture. If you enjoy when beer meets puree, then this is your jam.

Top of your order with some cases from the rising stars in the Netherlands,  Folkingebrew.

This New England IPA has the hazy thickness that we know and love, along with a playful hop bite. Rich, bitter, thirst-quenching.

This week, we bring to you a long awaited release from the legendary Westbrook Brewing Co.! We have for you some classics as well as new releases, but the highlight:

It’s finally that time of year again, and your chance to get your hands on the fresh batch of this cakey goodness.

More summer hops from Arpus Brewing Co., who are bringing in the Nelson this week! These guys are in a real groove these days, with each of their beers consistently impressing. Check out the price list for more!

Don’t miss out- have a look through the price list below!

Kicking off a great week of releases with hoppy cans from veterans Port Brewing and The Hop Concept! Take a little break from the juice and quench your thirst these hot summer days with clean, refreshing and bitter IPAs from California. As always, these beers are super well priced, and guaranteed to fly off the shelves.

Check out the price list for a great variety from PB and THC, and don’t miss:

If it is juice you are after, then of course we have you covered on this front too! Bringing you, for the very first time, Alpha Delta Brewing! These guys from Newcastle are quickly establishing themselves within the strong beer scene in Britain, whilst also distinguishing themselves with brilliant can design. You do not want to miss out on these!

Available in both CAN and KEG!

Add some more variety to your hop shelf with Brasserie Popihn!
We have a handful of cases left of what is pure fruit juice. Don’t miss out on:

New beers in this week:

If you are a bar/ bottleshop or craft beer distributor and want to sign up for our newsletter and receive our weekly pricelist, please send us an email at info@drikkeriget.dk

This wild ale from The Veil has got us feeling blu

📣 JUST IN-- Enough wild ale from Jester King to

In the mood for something hoppy, juicy and fresh?

Winter is slowly on its way out, so give your cust

If you fallen in winter hibernation and haven't pl

Drikkeriget is looking for experienced sales staff to join our team.

Drikkeriget offers beer tastings, where the audience is introduced to some of the best the world of beer has to offer.