Hello world, I’m Laura, your new beer slinger! I’ve been working here behind the scenes for the past year, so I am excited to step into the light and get to know you all in the coming weeks. But enough about me, without further ado, let’s get down to beer.

This week is all about the hops. Join us on a tour around Europe at all of the finest purveyors of hop nectar!

The first stop is our favorite Russian brewery, Zagovor, who has been delighting us with their beers for 7 years now. Tillykke, Zagovor! They celebrated by brewing:

Zagovor Brewery – 7 Sins
TDH DIPA / 8% ABV
This triple dry-hopped New England DIPA is made in honor of Zagovor’s 7th anniversary, with 7 different malts in the grain bill, a special anniversary hops blend, and fermented with their house Juicy yeast strain. Enjoy it fresh!

They also sent us some mega-thirst quenching sour beers and their renowned TIPA, Shoegaze and Beyond, for all of you members the Citra fanclub. (Psssst… there are even a couple kegs of Shoegaze for the lucky few.)

Fuel your customer’s love of all things hoppy and hazy with some super fresh and juicy IPAs from the Latvian masters of hops at Arpus. In addition to an IPA and TIPA, they also sent us:

Our pursuit of hop greatness ends for this week in the Netherlands at Folkingebrew and their friends at Moersleutel. Amongst many other delish hoppy brews, they also sent us: 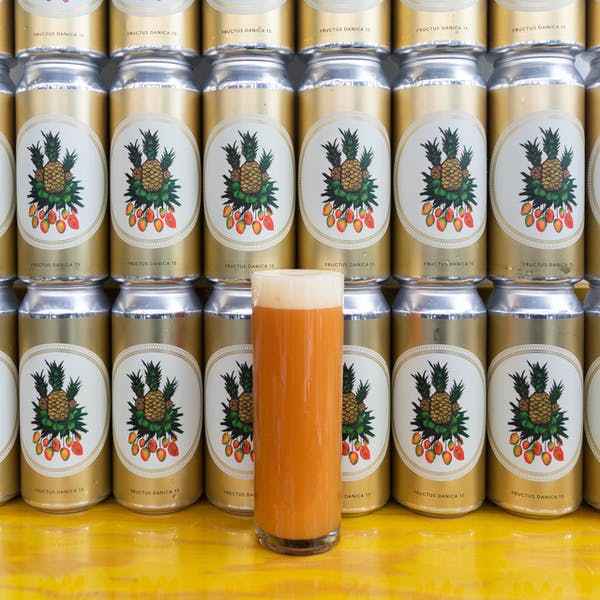 I’m Rune, I’m taking over after Yescher, and I’ll be your contact in regards to orders from now on.

So, this week, we have some super exciting releases from Evil Twin Brewing NYC – the king of smoothie beers. Check out the price-list below but don’t miss: .

We are also releasing AleSmith this week. Be sure to check ’em out!

Creamy espresso and lush Madagascar Vanilla add to the robust chocolate and coffee flavors Speedway fans already know and love and that classic 12% Imperial Stout punch will have you feeling juuuust right.

Our Equilibrium pre-order is on its way in and we are getting them ready to be sent out to you. Before we do so, we also have a few beers not on the pre-order available for you – priority will be given to customers who already have preorders, but please get back to us with your order today.

We also have a very small amount of…

Scoops of sweet cherry pie filling and tart berry with waves of coconut, chocolate, marshmallow and vanilla to finish.

That’s right! We have for you a VERY LIMITED selection from Other Half – one of the most sought after breweries in the world.

Please note that the beers are available in very limited amounts – please do not expect a large allocation.
Full orders and regular customers will be prioritised

In case you missed it, we have a massive selection of extremely desirable beers available from The Bruery (not all pictured), including their anniversary specials and stouts. Don’t miss:

The Bruery – Poterie: Scotch BA (2016)
14.8%ABV
“Poterie is French for “pottery”, the traditional eight-year anniversary gift. Our eighth anniversary ale, Poterie, follows in the footsteps of our anniversary releases before it, which are loosely based on an English-style old ale and fermented with our house yeast strain. This edition was 100% aged in oak barrels that previously held Scotch, imparting a subtle smoky complexity to complement the robust flavors of toffee, caramel, dark fruit, vanilla and oak.”

Don’t miss out- have a look through the price list below!

Happy Monday everyone!
The winter may be on its way out, but we have for you a massive shipment of big, BA stouts from none other than Prairie Artisan Ales.

“Bourbon barrel aged stout with cacao nibs, toasted coconut, vanilla, marshmallow flavor and caramel color.
With the added depth of flavor from aging it in bourbon barrels, this beer is sure to be a crowd pleaser.”

Even more fruit from the biggest names in the business! A fresh air shipment from Evil Twin NYC is always a crowd pleaser! This time we have for you:

Get your hands on this big DIPA from Short Throw Brewing – a first time brewery for us!

Code Of The Streets! COTS is a juicy, hazy double IPA brewed with Vic Secret, El Dorado, and Mosaic hops, graciously dry-hopped with the same varietals.

If you are a bar/ bottleshop or craft beer distributor and want to sign up for our newsletter and receive our weekly pricelist, please send us an email at info@drikkeriget.dk

Private customer? Visit our web shop www.drikbeer.com
In the mood for something hoppy, juicy and fresh?

Winter is slowly on its way out, so give your cust

If you fallen in winter hibernation and haven't pl

Cans from 6 breweries in just one week?! Wow, how

📣 EQUILIBRIUM AIR SHIPMENT INCOMING! . Get your

The Bruery has landed! 🥳 If you didn't place a

The day you've been waiting for is here-- the Tril

Fresh Interboro in the house! 🥳Whether you li

Drikkeriget is looking for experienced sales staff to join our team.

Drikkeriget offers beer tastings, where the audience is introduced to some of the best the world of beer has to offer.